Your Daily Dose of Perspective 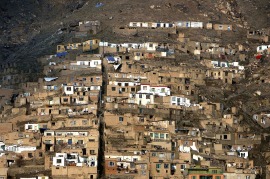 Starting each day can be quite a task! Within seconds of opening our eyes our minds are flooded tasks, responsibilities, hopes, and fears. Some of us might rush to the bathroom, flip on the light switch, and hop in the shower as quickly as possible. Others may methodically file into our daily routines, making coffee and catching up on the morning news. Before we know it, we are inching our way towards mid-day completely immersed with sensory overload and minds working a million miles an hour. The lifeline of our smart phones serve as the very necessary distraction from the mundane as we trudge on fiercely battling mediocrity and purposeless with every every fiber of our being. But for many of us, this is the norm. This is the way the world works: fast and filled with choices galore. And yet, in truth, its really not the norm, at least for the world. The majority did not wake up feeling safe in their homes. A quarter of humanity do not have any aspect of refrigeration as part of their lives. No ice. No cold water dispensers. The majority of the world do not think as we do in our regular day to day because they lack the choices, the means, and the privilege. 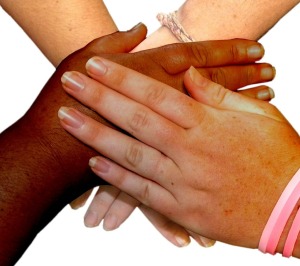 What if we could start today taking pause to reflect on these blessings? What if we could trek on life’s journey recognizing the vast amount of choices, conveniences, and privileges that afford us the time to take on more options and choices that most people in the world cannot? Maybe we might take the needed pause and reflect on God’s providence. Maybe we would pray for opportunities to help those around us in need whether it be materially and/or emotionally. Jesus set the bar in the story of the Good Samaritan:

“A man was going down from Jerusalem to Jericho, and he fell among robbers, who stripped him and beat him and departed, leaving him half dead.  Now by chance a priest was going down that road, and when he saw him he passed by on the other side.  So likewise a Levite, when he came to the place and saw him, passed by on the other side.  But a Samaritan, as he journeyed, came to where he was, and when he saw him, he had compassion.  He went to him and bound up his wounds, pouring on oil and wine. Then he set him on his own animal and brought him to an inn and took care of him.  And the next day he took out two denariiand gave them to the innkeeper, saying, ‘Take care of him, and whatever more you spend, I will repay you when I come back.’  Which of these three, do you think, proved to be a neighbor to the man who fell among the robbers?”He said, “The one who showed him mercy.” And Jesus said to him, “You go, and do likewise.” Luke 10:30–37 ESV

Let us start today recognizing God’s blessings and seek out ways to show the love of Jesus and the greatest gift there is, the gift of salvation. No blessing is greater than this and nothing reflects the love that God has for His people better.